Latest News
Home /Living as a left-handed person in a right-handed world: Advantages, Struggles, and other issues

Left-handed people have dealt with many struggles and complicated situations in
their lives. According to rightleftrightwrong.com, a website focused on the
investigation of handedness, the dominance of one hand over the other, a
communication system conformity was placed upon students in the 18th and 19th
century during the age of enlightenment. Forms of punishment for students that
were left-handed ranged from tying the left hand of students to their backs to
prevent them from using it, among other forms of corporal punishment.

American psychoanalyst Abram Blau said in his book, “Master Hand: A Study of
the Origin and Meaning of Right and Left Sidedness” in 1946, that being
left-handed was solely because of a person’s stubbornness and emotional
negativism. This claim blamed left-handed people for their “condition,” as if
left-handed people were in control of a choice to be left-handed and simply
refused to use their other hand.

Rightleftrightwrong.com describes the peer pressure parents and teachers
often implemented on a child’s life during those years in the sense that people
may impose their own peer pressures, causing the child to become subject to the
status quo.

During one’s childhood, a student may feel the need to switch their dominant
for themselves, hands according to make life toeasier Blau. He also suggested
that left-handed people grew up to be rebellious and rigid and were causing a
negative impact on society.

Moreover, according to rightleftrightwrong.com, a website focused on the
history of handedness in the world, in the late 1960s and 1970s, Catholic
school teachers inflicted corporal punishment and psychological pressure on
left-handed students often accusing them of being involved with the devil and
even of being communists, one of the worst insults in America during this time
period.

Today, everything and anything has been essentially created for right-handed
people. Whether it be desks, scissors and even hardware tools, Stacey Sowards,
Communication Department chair at The University of Texas at El Paso, says
these objects are complicated to use and operate, as she is left-handed
herself.

“Using scissors, ironing boards, driving and writing, which is difficult for
graphite left-handed smearing people on due our to the hands, ink and are
problems for left-handed people,” Sowards says.

Research done by livescience.com, a website focused on delivering
comprehensive and compelling news and analysis on health and innovation,
concludes that only 10 percent of the world’s population is left-handed.

Michael Thompson, creative writing major at UTEP, says that being able to
adapt or overcome one’s surroundings of a right-handed environment is
mandatory.

“Being left-handed forced me to adapt to my surroundings rather than complain
about the situation,” Michael says.

Are there specific advantages to being left-handed?

According to Education and Career News, a website focused on providing
readers with insightful and educational information within their fields of
interest, the difference in being left-handed as opposed to being right-handed
is more complex than people may think.

David Wolfman, author of “A Left-Hand Turn Around the World,” says there are
advantages to being left-handed. One attribute often linked to left-handed
people is creativity.

According to the American Journal of Psychology, “lefties” (a common nickname
for left-handed people) appear to be better at divergent thinking. Divergent
thinking deals with a creative way of processing information with more
intricate and complex ways of analyzing problems.

Notable lefties include 44th President of the United States Barack Obama, talk
show host Oprah Winfrey, Facebook creator Mark Zuckerberg and former richest
man in the world Bill Gates. Therefore, lefties being viewed as different or
unique in society can be a perspective given to this trait due to the realm of
notable and accomplished lefties.

According to research conducted in 1995 by Stanley Coren, a
neuro-psychological researcher and psychology professor at The University of
British Columbia, lefties have more “mental flexibility” than the rest of the
population, meaning left-handed people are more likely to think outside the
box.

Despite the world being essentially designed or articulated for right-handed
people, resilience and early adaptation to these circumstances are mandatory
for lefties according to Sowards.

“Most people are resilient and learn how to function in the world they are
given,” Sowards says. “The everyday struggle of lefties is highly adaptable,
but at the same time can be a nuisance in the small aspect of this issue.”

“I learned how to use a mouse right-handed and now I can’t use a left-handed
mouse,” Sowards says.

Michael has also dealt with the usual problems lefties deal with, whether
having ink smeared on your hand due to one’s hands being spread across the
paper, or desks not being accommodating for him because the desk is made for
right-handed people. These desks can be found at UTEP as well as many
educational facilities across the country.

“Essentially, if a person is left-handed, your thinking must change in order
to successfully accomplish what you want to accomplish,” Michael says. 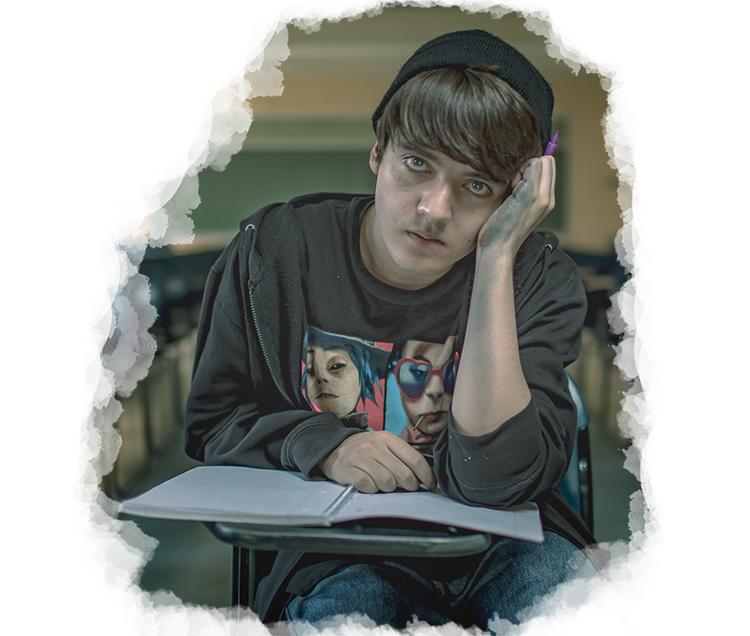 Do left-handed people learn to adapt?

Another attribute discovered within left-handed people is adaption.
According to Michael, your adaptation skills as a leftie are needed all the
time.

“Adaptation is necessary because you just can’t change an object that is more
suitable for a right-handed person, and the end game is you just have to change
your approach,” Michael says. “Adapting is something that is really important
and unfortunately, we can’t just change things to make it more comfortable for
us, we really just have to learn to live with it and figure it out ourselves.”

Due to the adaptation, for some lefties, the use of that non-dominant hand is
necessary as well. For example, if a leftie is using scissors that are made for
a right-handed person using their non-dominant hand, the leftie may feel
uncomfortable, but eventually, the use of the righthand becomes almost second
nature. Just like freshmen Ricardo Soto, a student from Yale University, one
may become ambidextrous, which means the ability to use both right and left
hands fluently.

When it comes to students being affected by the same caliber of everyday
difficulties, Michael refers to a lack of academic accommodations.

There are some accommodations lefties like Michael desire to have to make
everyday activities easier to accomplish, such as more desks suitable for
lefties in classrooms.

“I feel sometimes it is harder to function without the proper set up,”
Michael says. “It’s somewhat of an inconvenience to have to figure out how to
do what needs to be done just so I can be comfortable enough, I have learned to
adapt to it all, but it still can be a challenge at times.”

Adding to that, Ricardo suggests other accommodations that could help.

“Instruments in general, mostly stringed like guitars, should be more
available for left-handed people. They do currently exist, but they are often
harder to find than their normal right-handed counterparts,” Ricardo says.
“Changes to specific objects that would be much easier for lefties to use as an
aspiration is hopefully satisfied.”

“Things are the way they are and you just have to accept it,” Michael says.
“Certain day-to-day activities may take left-handed people longer to complete
than usual. There are some people that take a little longer to get used to
doing things and that can add to the time it takes to do it, I nk it all comes
down to learning the discipline that comes along with doing that,” Michael
says.

Future accommodations would be beneficial to lefties and would relieve lots
of feelings of unpleasantness upon them. “I think that more accommodations for
left-handed people would benefit us a lot in society and would help us use
simple objects even more effectively,” Ricardo says.

Anime you can finish in…

From Pachucos to Cholos: Chicano…

Between ups and downs: Tricky…