Everyday, people wake up and grab their laptop, tablet, phone or any type of communication device and talk to people. Some talk to family or friends and others make use of social networking sites to meet new people in hopes of developing a friendship or maybe even something more.

In today’s society it is common to meet someone online, but many don’t realize the dangers lurking throughout cyber space.

In addition to meeting people online, many display their personal information on the web, making them vulnerable to identity theft, fraud and also as a potential recruit for illegal practices.

Richard and Jessica are being used in this story as examples of real-life scenarios that unfold in many peoples’ everyday lives.

It’s 6 a.m. and just like any other day, Richard gets up and starts his morning. While at work, his phone buzzes; a familiar face pops up on his Messenger App. Richard has been talking to Jessica for about a month now. He is preparing to meet her in person for the first time on Saturday. Plans have been finalized and the date has been set.

Richard has ordered a new shirt and shoes online for his upcoming date. He thought he’d be daring and order from a site that he wasn’t familiar with but had heard about from some advertisements online.

When Richard realizes his merchandise will not be here in time for his date, he begins to investigate. The site has no tracking system for his order. Richard realizes that he has been charged three times for his purchase.

While looking at the online reviews, he notices that this isn’t the first time this has happened on this website. Richard’s information has been compromised and he files a claim. Bothered, Richard begins to distract himself by thinking about his date the next day.

Every year, identity theft scams cause an annual loss of about $264.6 million, according to the
Internet Crime Complaint Center’s review of Internet scam complaints filed in 2008.

In addition to filing the claim, Richard now has to wait for the money to be reimbursed into his account. He also now has nothing to wear for his date.

His phone buzzes. It’s Jessica. She cannot make their date on Saturday. Upset, Richard looks at the message, but doesn’t respond until two hours later once he’s had time to cool down.

This is the fifth time she has canceled a date. Richard has yet to see Jessica in person and has only communicated with her through IM and phone calls. He is beginning to get suspicious.

The Pew Research Center put together a study, Americans’ Attitudes About Privacy, Security and Surveillance, in 2015. According to the study, 54 percent of online daters state that the person they were talking to on the web had “seriously misrepresented” themselves in their profile.

Sophomore pre-nursing major Paris Salazar is a testament to what dangers the Internet can bring into your life. Her Facebook profile pictures were used to create a fake page without her consent. Through stealing her information and pictures, Stacy Adams was born.

This all started when a high school friend logged onto Facebook and under the “Friends you may know” box, found Adams’ profile with Salazar’s picture. Concerned, the friend notified Paris about the fake page. “I was so freaked out about it,” Paris says.

Alarmed, she contacted Facebook and reported the situation. Paris claims nothing was done because Facebook couldn’t determine which profile was the fake profile.

Under Facebook’s Help Center, users can report a fake profile under Report an Impostor Account.
Users then need to answer a few quick questions and provide Facebook with an Identification Card to validate the original profile.

Paris says that Adams’ fake profile is still active and although Facebook has not removed the fake profile, she has pinpointed whom the identity thief might be.

Although initially shook up, Paris says that this is something that is so common that others just have to be vigilant and proactive when it comes to the Internet and social media. “Try to do everything you can to report it, let them know your identity has been stolen and you can only hope that they can remove the profile,” Paris says. “If it happens once, who knows how many profiles are being made with your pictures. That was only one profile that I found, but it could be a bunch of other profiles using my picture out there.”

Project director for the Center of Law and Human Behavior and lecturer at UTEP, Victor Manjarrez, has experience investigating faulty profiles on social media.

Manjarrez, along with UTEP graduate students, completed a research project in March for U.S. Immigration and Customs Enforcement and for the Department of Homeland Security Investigations.

This project took about a year to complete and Manjarrez says that students were paid to use Twitter, Vine, Facebook and other sites to look for any criminal organizations or happenings on social media.

how much information was out there and easily accessible. He spoke about different scenarios and claimed that a simple release of your birth date on social media can lead to identity theft. “If it’s July 20 and it’s their 29th birthday, you just go back to 1986 and now you got the person’s name, now their date of birth and now it’s not too hard to get a social security number,” Manjarrez says. “And boy, you can apply for all sorts of loans, and you can go down to Juárez and get a fake birth certificate and ID and you can go to TXDOT and get a Texas drivers license, and once you get that, the world is yours.”

Manjarrez advises students who plan to be on social media be cautious with who they accept as friends.  “If you use Facebook or any social media sites, if you get these invites and you don’t know the person, don’t accept them,” Manjarrez says. “A long time ago, Facebook was intended to share family pictures with families that are spread across the country and now it’s become a dating site and a recruitment site, so I wouldn’t open it up to anyone you don’t know.”

With Paris, this is something that deeply resonates with her because when asked if she has ever accepted anyone that she didn’t know on her personal social media sites she said she had in the past, but recently stopped amid her struggles with the fake page.

Manjarrez urges students and even his own family to not only watch out for others online, but to make sure you don’t become your own worst enemy.

A 2013 study from market analysis firm On Device Research found that one in 10 young job seekers have lost a job opportunity because of their social media profiles. In the U.S. alone, the total was 8 percent among those 16 to 24 years of age and 5 percent for those from 25 to 34 years old.

“The problem is that this stuff never goes away,” Manjarrez says. “Whatever information you put out there it will never go away and you can look at things like identity theft and things of that nature, but put yourself in the situation that you are a senior ready to graduate and you’re applying for jobs. It’s very competitive and you have employers wanting to know what kind of person you are hiring. You know what they ask? They want to have all your passwords to your social media accounts.”

In the end, practicing caution on the Internet will save your money, time, and maybe even your heart. 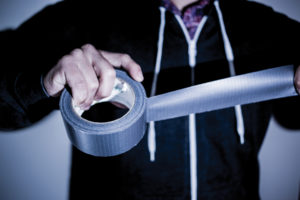 SOLO TRAVEL IN THE MIDST…

Study Tips from a Nursing…

The UWC is open and…

Anime you can finish in…

COVID-19: The impact on students’…